Reddit is the early Internet’s dream: A startup founded in 2005 by two young entrepreneurs that went on to raise $100,000 in seed funding in its first year, get acquired by circa $20 Million the very next one, and grow up to $3 billion in 2019. All while maintaining a loyal fan-base and both the looks and the feeling of the early Internet forums.

A collection of tribes. 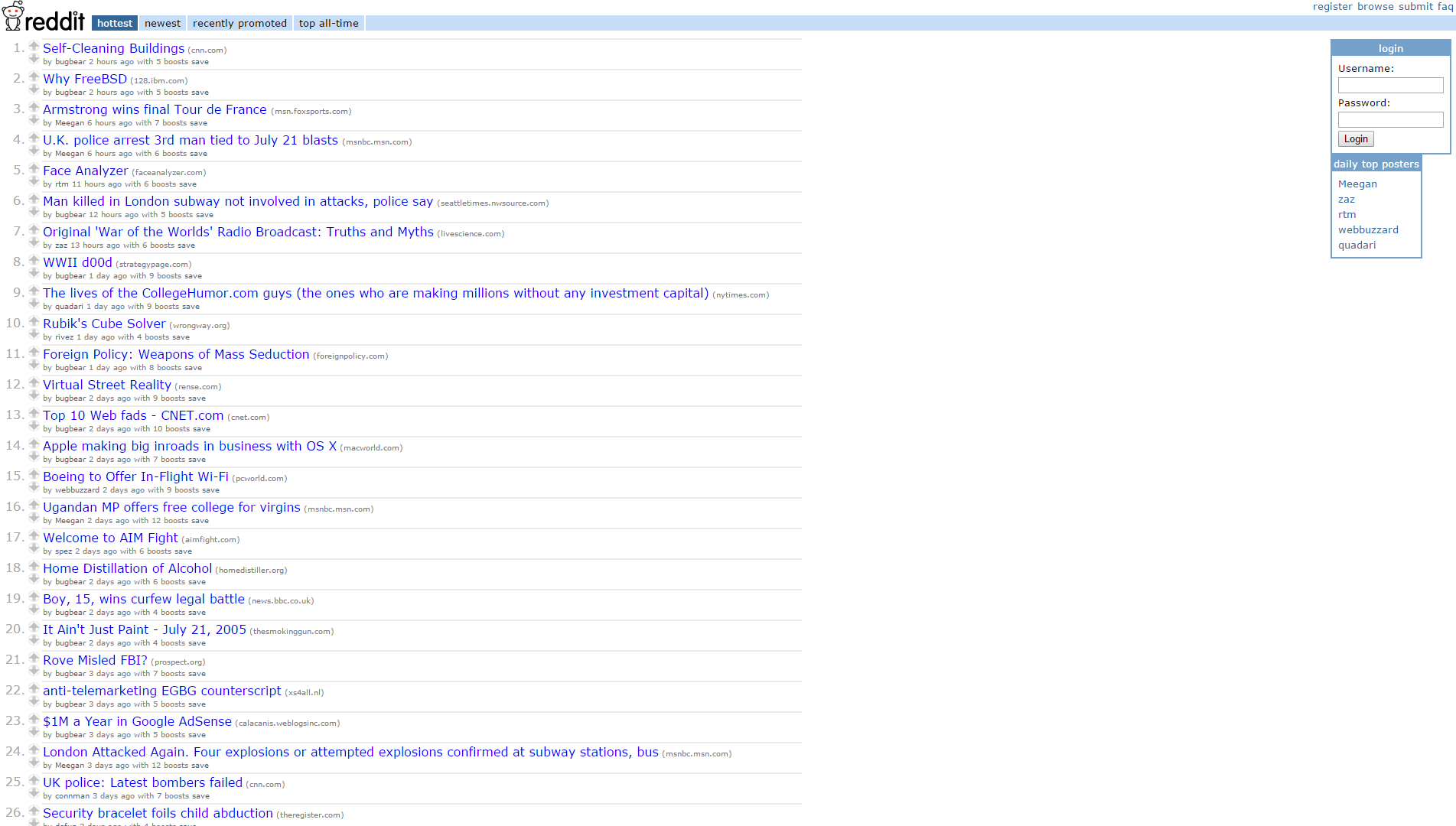 Reddit’s looks haven’t changed much since 2005. Despite this, the site continues to grow year by year.

Reddit (one of the top 20 most visited sites in the world) honours its slogan, “the Internet’s Home page” by being, allegedly, one of the largest content aggregators of the Internet. On its platform, users submit text, images, videos, and links to specific communities created, managed, and maintained by users. There is a wide array of communities on Reddit centred around every conceivable type of content, ranging from finance professional networks to cartoon fandoms, memes, adult content, and, of course, cryptocurrencies.

Reddit incorporates an algorithm that ranks content through positive and negative votes and allows users to buy ‘coins’ that can be traded for in-platform rewards. Its revenue stream is based on the sale of these digital goods, plus highly-adaptable advertising space.

It was to be expected that, as a pioneer of social media (and the Internet in general) Reddit would eventually make an incursion in cryptocurrencies and the blockchain. The company, which had hinted to do so previously, finally announced the testing of its official wallet and two Community tokens for both the most popular Cryptocurrency and FortNite: Battle Royale (as in the popular video game) communities. A well-thought experiment, since users of these communities are already familiar with digital goods and transactions.

Broadly speaking, both tokens, respectively called MOON and BRICKS will:

What does this mean for Reddits and the Blockchain’s future?

We’ve said before that, as a significant player in the innovation wave, Reddit wouldn’t lag behind Facebook (with its Libra project) and Twitter (that also has plans on integrating blockchain technology) in their efforts to take advantage of this new technology.

Testing within two relatively predictable communities allows Reddit to inspect the repercussions and ramifications of implementing tokens, and see their development before significantly tinkering the feature. It would be safe to assume that, by applying the test round on communities with users that are hard-wired to understand and use these tokens, Reddit expects users to exchange them on and off-platform and learn from the experiment. This move also significantly benefits Reddit since, unlike what happened with the stalled Libra project, the company doesn’t have to wait for regulatory approval to run tests and prepare for the regulatory tides to move its way.

Were the feature to be successful, Reddit would be the first major social platform with a fully-implemented token system, allowing it to test new exciting features eventually, that would ultimately benefit creators and drive crypto adoption. The Decentralised Finance movement has grown at an exponential rate since its inception, and, with the Ethereum network moving fast towards its increased-speed goals, it seems like Reddit’s initiative comes at a perfect time for its millions of users to get acquainted with cryptocurrencies and explore a new financial panorama.

It’s hard to know what’s on Reddit’s future, but with the Ethereum network growing at tremendous pace and enthusiastic, niche users to test the new features, it’s safe to assume that sky’s the limit!